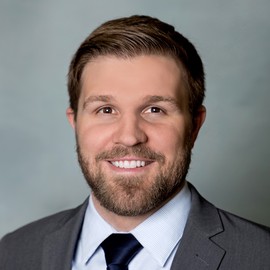 We develop a measure of workers' technology exposure that relies only on textual descriptions of patent documents and the tasks performed by workers in an occupation. Our measure appears to identify a combination of labor-saving innovations but also technologies that may require skills that incumbent workers lack. Using a panel of administrative data, we examine how subsequent worker earnings relate to workers' technology exposure. We find that workers at both the bottom but also the top of the earnings distribution are displaced. Our interpretation is that low-paid workers are displaced as their tasks are automated while the highest-paid workers face lower earnings growth as some of their skills become obsolete. Our calibrated model fits these facts and emphasizes the importance of movements in skill quantities, not just skill prices, for the link between technology and inequality.

Consistent with the exercise of market power, firms with high labor productivity have low labor shares, high profitability, and high market valuations without high investment rates. I quantify the economic value that firms of different productivity levels derive from their labor market power by estimating the effect of unanticipated firm-level labor demand shocks on wages and employment at publicly listed U.S. firms. Productive firms face lower labor supply elasticities on average, and still lower elasticities for skilled workers, who are disproportionately employed at more productive firms. Using a dynamic wage posting model in which firms face upward-sloping labor supply and adjustment costs in hiring, I estimate that firms in the top and bottom quartiles of labor productivity pay 62% and 94% of marginal product, despite the fact that adjustment costs temper the exercise of labor market power. Markdown differentials can explain three-fifths of the average spread in log labor shares between high- and low-labor productivity firms, and the evolution of these differentials can explain most of the change in the aggregate labor share in the 1991–2014 period. Holding constant equilibrium labor demand, I estimate that about a third of capital income for the typical firm stems from wage markdowns. Aggregate wage markdowns are worth two-fifths of total capital income.

Stocks with similar characteristics but different levels of ownership by financial institutions have returns and risk premia that comove very differently with shocks to the risk-bearing capacity of financial intermediaries. After accounting for observable stock characteristics, excess returns on more intermediated stocks have higher betas on contemporaneous shocks to intermediary willingness to take risk and are more predictable by state variables that proxy for intermediary health. The empirical evidence supports the predictions of asset pricing models featuring financial intermediaries as marginal investors who face frictions that induce changes in their risk-bearing capacity. This suggests that such models are useful for explaining price movements not only in markets for complex financial assets, but also within asset classes where households face comparatively low barriers to direct participation.